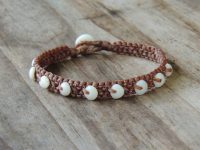 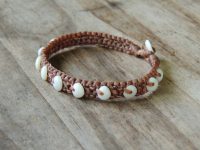 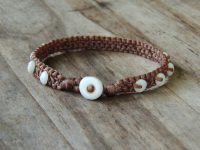 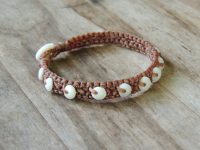 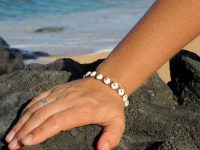 * Note: If you need a different size you can request one using the notes section at checkout. Photos are for display/illustrative purposes, exact jewelry may vary slightly due to the varying nature of natural shells.

Hawaiian Puka Shell Bracelet – made with authentic hand-picked Puka Shells from the beaches of Kauai, Hawaii. The Bracelets are hand-woven using durable and weather-resistant waxed fiber – it has a soft feel and is light weight. Surf, swim, play, wear casual or dressy – these are made to last and are water-friendly. The clasp is a hand-picked puka shell, also from the island of Kauai, Hawaii. The Puka shell works like a button, which also acts like a locking clasp and helps prevent loss while playing in the waves. Each piece of our jewelry is a piece of art that is unique to Kauai and is guaranteed authentic and genuine quality. Aloha!

* Note: If you need a different size you can request one using the notes section at checkout.

Photos are for display/illustrative purposes, exact jewelry may vary slightly due to the varying nature of natural shells. 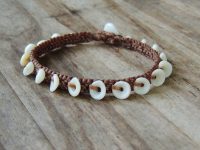 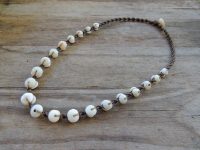