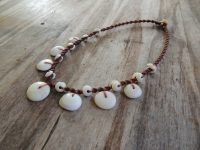 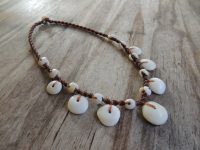 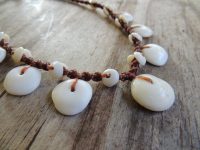 “Floating” Puka Shell Necklace – These beautiful, hand collected, Kauai Puka shells are woven in and simply “float” on a 16-20″ hand-woven necklace. The front-facing shells are reflective of a free spirit and zest for life. This necklace pairs nicely with our Puka Shell Bracelets and/or our Puka Shell Anklets. Necklaces are made to withstand outdoor activities and are water-friendly.

IMPORTANT NOTICE: These necklaces are made to order and may take slightly longer to ship.